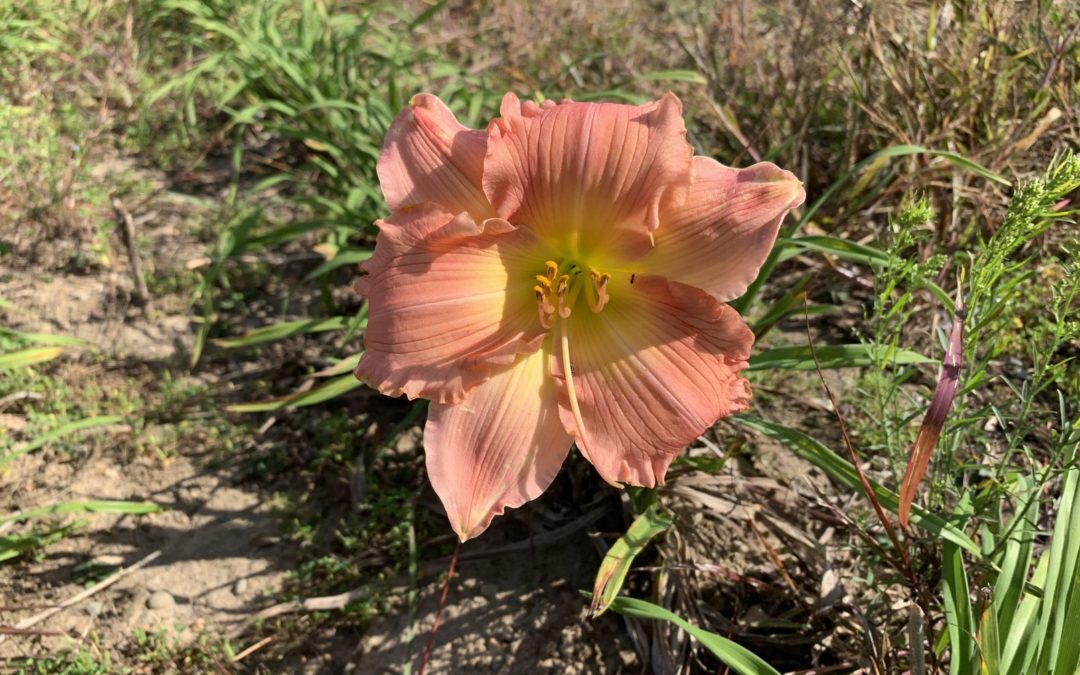 It’s official, summer is over. The children are going back to school and the grills are cooling off all over the country.

Moving on, let’s have a look at the garden. Here is the well. It is finally in place and provides 65 gallons per minute and is capable of delivering water to all corners of the garden.

Here are the fittings that support the irrigation we have installed most recently.

And here are the folks that prepare your flowers for shipping.

Here are some random photos of the flowers that are still in bloom. I apologize for some of them, the sun was bright and may have washed out some of the vibrant color of the Daylilies.

And another attractive pair of weeds.

One thing we have plenty of are rocks. We pile them up as we remove them from the garden and then use them in the show gardens I have shown you in the past.

Here are some interesting facts I have found about Labor Day.

· The first labor day celebration in the U.S. was a march by union organizers in New York city in 1882. Pullman workers went on strike and boycotted the railroads to fight for safe working conditions, living wages and regular schedules. Prior to that time it was not uncommon for workers to work 12 hours a day 7 days a week just to be able to provide a living for their families. There were many children that also worked long hours in an effort to support the family.

· The first state to make it a formal holiday was Oregon, followed that same year by New York, New Jersey, Massachusetts and Colorado.

· In 1894 president Grover Cleveland declared it a Federal holiday.

· Labor day is always celebrated on the first Monday of September, so, like Thanksgiving and Easter, the date changes from one year to the next.

· Many other countries celebrate this holiday on May 1st , also known as International Workers Day. In the U.S. the date was not chosen because the unions had already assigned the current arrangement and it could have been perceived as a reference to what was known as the Haymaker Affair. In Chicago a bomb was exploded at a union rally in Chicago on May 4th, 1886 that killed 7 policemen and 4 others.

. Labor day is the third most popular occasion for a cookout following only Memorial day and the 4th of July.

· Many areas of the country mandate that public schools must not begin until after labor day.

· Remember the rule that you couldn’t wear white after labor day? That is a holdover from the Victorian era when wearing white was an indication of affluence indicating that you were on vacation. That rule is not often enforced by today’s fashion police.

· And last but not least, labor day has historically indicated the end of summer and the freedom that represents and the beginning of the annual academic and work necessities.

I hope everyone had a great labor day weekend and I look forward to sharing more images from the Smokey’s Garden. See you next week!